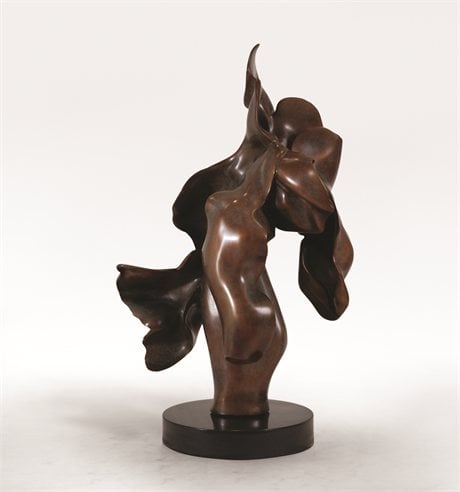 The Henry Moores of the future? / Sale of the week

Need to know: Helaine Blumenfeld turned to sculpture during the 1960s after studying philosophy at Columbia University. She trained in Paris under the celebrated Russian artist Ossip Zadkine during her early twenties, attracting international acclaim virtually from the word go with her first major show in 1966. Her work was subsequently exhibited alongside that of masters such as Henry Moore and Constantin Brancusi, both of whom have clearly influenced her modernist style. Blumenfeld moved to England in 1969 and now divides her time between studios in Cambridge and Pietrasanta, Italy, where she works among an artists’ community.

Her sculptures feature in many important public and private collections around the world, including those of the Courtauld, Tate, the Smithsonian and Clare Hall, Cambridge. In 2005, a seven-foot, £200,000 Blumenfeld bronze made for a show to commemorate the Holocaust was stolen from a warehouse in south London. It turned up in 2007 just five miles away, chained to a fire escape behind a block of flats.

Highlights: Blumenfeld’s position as vice-president of the Royal British Society of Sculptors reflects the high regard in which she is held – as does the fact that her works sell remarkably quickly, despite having a starting price of more than £20,000.

The title of this show – Letting Go – refers to Blumenfeld cutting loose from a long-time obsession with working in marble in order to create clay models for casting in bronze.

Few sculptors are comfortable with both carving and modelling, but this exhibition proves that Blumenfeld is a master of both. Comprising 15 typically amorphous shapes, it is highlighted by the five-foot, patinated bronze “Intimacy”, which is priced at £65,000. This, and the other bronzes such as “Space Within”, the magnificent, polished work “Continuity” and the complex “Letting Go” are made in editions of three, while the five marble pieces on offer are one-off works. Among the best of the latter is the crisp, translucent “Aurora” (£47,000).

Buy now – these are the Henry Moores of the future.