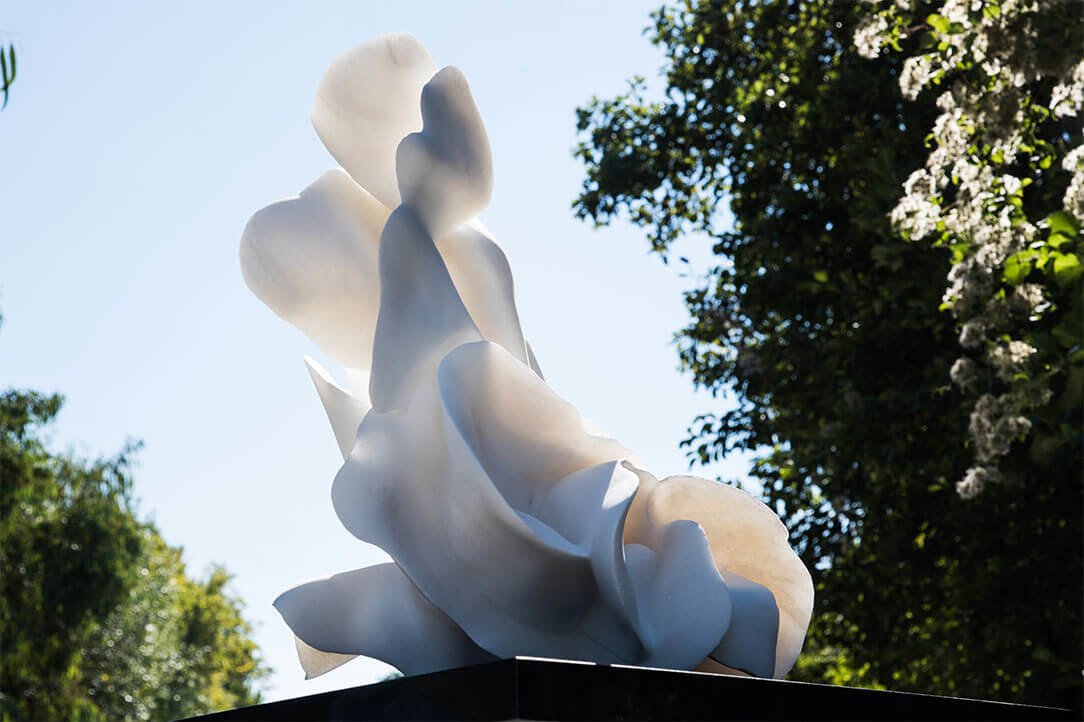 “Helaine Blumenfeld is an artist who is continually reinventing herself in the search for a vocabulary of form. Sculpture, for her, is never concerned simply with observation or narrative, but with experience, with a knowledge which is far from obvious but which advances us in our understanding of who we are and how we fit into the world around us. Blumenfeld’s work communicates on a number of different levels, visual and imaginative, tactile and emotional, but underlying everything is an insistence on growth and development. For both artist and viewer, this sculpture represents a journey of revelation and discovery.”

“At the beginning of her career, Blumenfeld worked in the Paris studio of the Russian Cubist sculptor Ossip Zadkine. Such was the idiosyncratic nature of the sculptural style Zadkine evolved over his long career that critics coined the term ‘the Genre Zadkine’ to describe his work. Today, the same might be said of Helaine Blumenfeld, whose singular vision has brought us the ‘Genre Blumenfeld’, a style forged from a sculptural grammar that is entirely her own.

Finding and developing a unique creative voice in sculpture is not as straightforward as one might imagine. The task is all the more difficult when working in demanding materials such as clay, stone and bronze, which require skills that can only be acquired through decades of persistent experimentation and rigorous discipline. And let us not assume that traditional approaches to making sculpture – the modelling of clay, the carving of marble, understanding the complexities of bronze-founding, and so on – present purely manual challenges that an apprenticeship can bestow. In fact, they demand the union of hand and eye, the harmonious marriage of skill and imagination, sensitivity to both concept and craft. ”