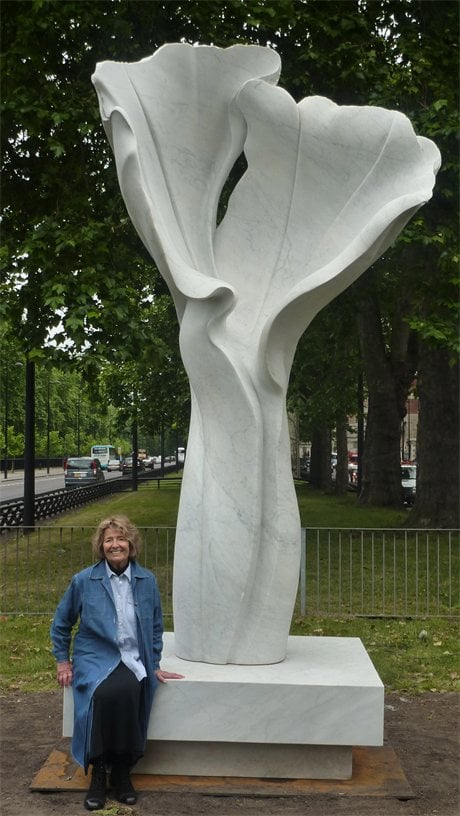 Spirit of life is alive and well at the Dorchester

Eminent critic Richard Dorment began his open letter to Boris Johnson complaining about the state of public art in London. “Stop desecrating our public spaces with works of sculpture that have no aesthetic merit. Bad public sculpture is in your face. It degrades the quality of daily life as surely as Muzak,” he continued, with emphasis on the sculptures at Park Lane opposite the Dorchester Hotel, previously home to a giant horse that Dorment described as “an expensive knick-knack from Harrods blown up to a size that would have appealed to Saddam Hussein”.

So one imagines Dorment will love yesterday’s arrival at Park Lane of Spirit of Life, a six-ton, marble piece by Helaine Blumenfeld. The sculptor celebrated with friends at the Arts Club on Dover Street, where she told me: “Some people see it as an angel, others as a tree of life. I’d like to see beautiful sculpture re-enter the lives of people — not just in art galleries but on the streets.”