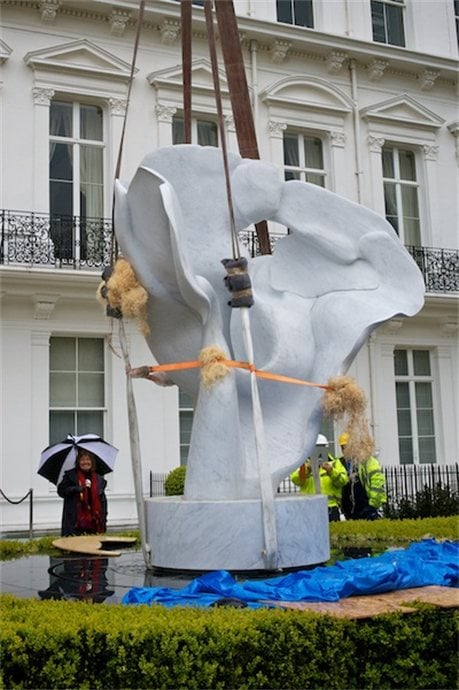 A new landmark for London. Today sculptor Helaine Blumenfeld is hoping — weather permitting — to erect her newly commissioned white marble sculpture Tempesta outside the restored Grade II-listed façade of the Lancasters development on Bayswater Road. “It’s very nerve-racking as it’s quite a delicate operation,” she says.
The 15ft-high sculpture was brought all the way from her studio in Italy on a flatbed truck. “When I started it weighed about 43 tonnes but to give you an idea of how thin it is, it now weighs about nine,” adds Blumenfeld.
“Developers don’t give enough attention to public art but it has such a role to play in the community.
“ I wanted something that would make people think about the beauty of nature as well as the building.”