Canary Wharf Group presents the largest solo exhibition to date of the work of Helaine Blumenfeld OBE, opening on 16 March 2020. Her lyrical and dynamic sculptures will be shown in the Lobby of One Canada Square until 26 June and in outdoor locations across the Estate, including Jubilee Park, throughout the summer. Following successful shows at Ely Cathedral and Huygens’ Hofwijck Museum (The Netherlands) in 2019, LOOKING UP: Helaine Blumenfeld at Canary Wharf meets the challenge of transforming London’s contemporary commercial hub into an urban sculpture park.

Blumenfeld says: “The opportunity to exhibit my sculpture in Canary Wharf is, in many ways, the culmination of efforts I’ve made throughout my career to bring sculpture into public spaces where it can affect people in their daily lives. I hope my sculptures will offer the millions of workers and visitors who pass through Canary Wharf the opportunity to look up and see the world that surrounds them, elevating their spirits and creating a shared sense of community.”

Featuring over 25 sculptures on view in the Lobby of One Canada Square and in outside spaces around Canary Wharf, this landmark exhibition focuses on the artist’s signature materials – Carrara marble, terracotta, cedar wood and bronze. The show presents a diverse selection of Blumenfeld’s sculptures dating from the 1970s, tracing her development through some forty-six years, together with items that are newly commissioned by the Canary Wharf Group.

Sir George Iacobescu, Executive Chairman, Canary Wharf Group, says: “As a long-term admirer of Helaine Blumenfeld, I am delighted that next Spring visitors to Canary Wharf will be able to enjoy such a substantial array of Helaine’s exceptional sculptural output. We are honoured that this fine artist has agreed to exhibit here at Canary Wharf, with a wealth of pieces that will complement Helaine’s bronze sculpture Fortuna which has an important place in our permanent public art collection.”

LOOKING UP, curated by Ann Elliott, features Blumenfeld’s new, monumental three-part sculpture Taking Risks (2019). Carved from Carrara marble, the work highlights the sculptural vocabulary Blumenfeld has refined throughout her career, testing the limits of the materials in which she works. Taking Risks explores the versatility, fluidity and translucency of marble, one of the most valued materials used by sculptors throughout millennia.

The exhibition also presents works made of bronze such as Illusion (2018), three inter-related pieces that evoke the image of three abstracted figures supporting one another and its smaller, terracotta version made in 2017. The sculpture, inspired by the chaos of the contemporary world, aims to create a dual sense of foreboding and hope, suggesting the significance of humanity and community in the challenging times in which we live. Illusion poetically reflects Blumenfeld’s optimism in mankind and belief in finding unity within differences.

The indoor exhibition features more than twenty sculptures including seven new works created especially for One Canada Square. Blumenfeld’s concern that society is at a precipice and is calling out for regeneration is reflected in these pieces. The dynamic Toward The Precipice (2019), also carved in marble, exhibits feelings of tension, contrasting with her more effusive, expansive works. It is joined by sculptures from Blumenfeld’s acclaimed Exodus (2019) series. The display also features two exquisitely carved pieces in cedar wood – Flight and Aurora, both of 2019 – each standing at more than two and a half metres high.

“People going into a museum are open to revelation and reflection. Exhibiting in One Canada Square and in the surrounding parks is a greater challenge,” says Helaine Blumenfeld OBE. “My concern has been to create sculpture that provides reference points for the people who experience them and connects the physical space they find themselves in to the spiritual space they might enter. Beauty is one of the most important reasons Public Art exists. Public Art is a way of introducing the possibility of participating in Beauty to a wide audience.”

“Showing sculptures by Helaine Blumenfeld at Canary Wharf gives an unrivalled opportunity to view them in the context of hard interior and exterior architecture as well as carefully designed outdoor spaces amongst mature trees. Her fusion of natural forms, both human and foliate, spiced with abstraction, are to be seen though a range of diverse works dating from 1974 to 2019,” says Ann Elliott, curator.

LOOKING UP highlights Blumenfeld’s passion for bringing sculpture to the people and reveals the artist at the height of her powers, as she continues to develop her own widely recognised vision. Dedicated to pushing the boundaries of sculpture for over five decades, Blumenfeld has achieved a profound understanding of the materials in which she works, which through immense generosity of spirit, she has passed on to numerous younger generation sculptors as their mentor.

The exhibition follows the 2016 addition of the heroic five-metre bronze sculpture Fortuna to Canary Wharf Group’s permanent art collection where it continues to be enjoyed by workers and visitors to Jubilee Park. The Group has also commissioned a four-metre monumental bronze sculpture Metamorphosis, which will be unveiled at Wood Wharf, Canary Wharf’s new district, in December 2019.

Since the inception of Canary Wharf’s cultural masterplan, the arts have played an important role in the development and success of the 97-acre estate. Canary Wharf has one of the UK’s largest collections of public art, with more than 70 permanent works by over 50 world-renowned artists and craftsmen. LOOKING UP will coincide with an exhibition of the artist’s work at Hignell Gallery, London, details of which will be announced in winter 2019. 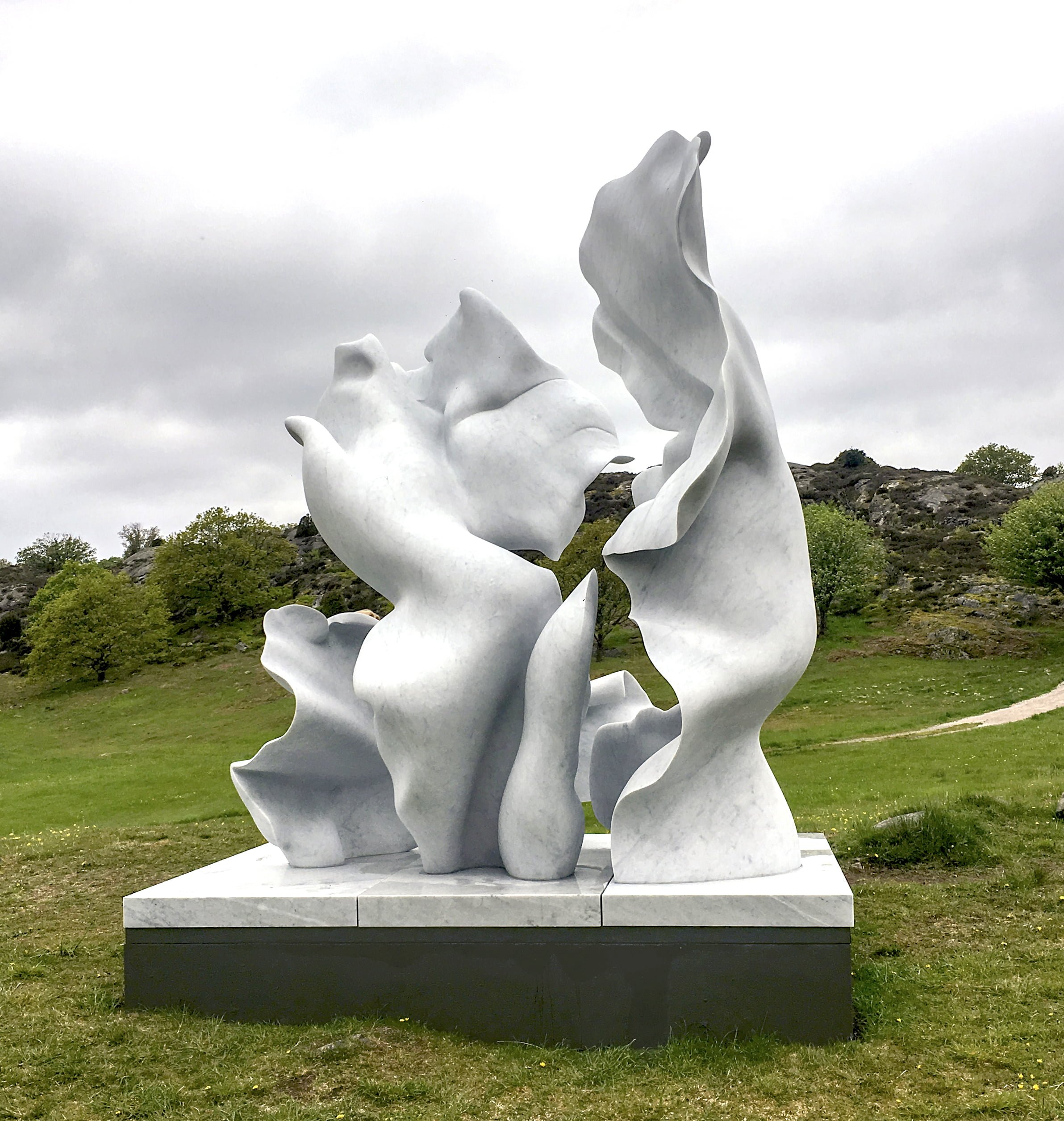 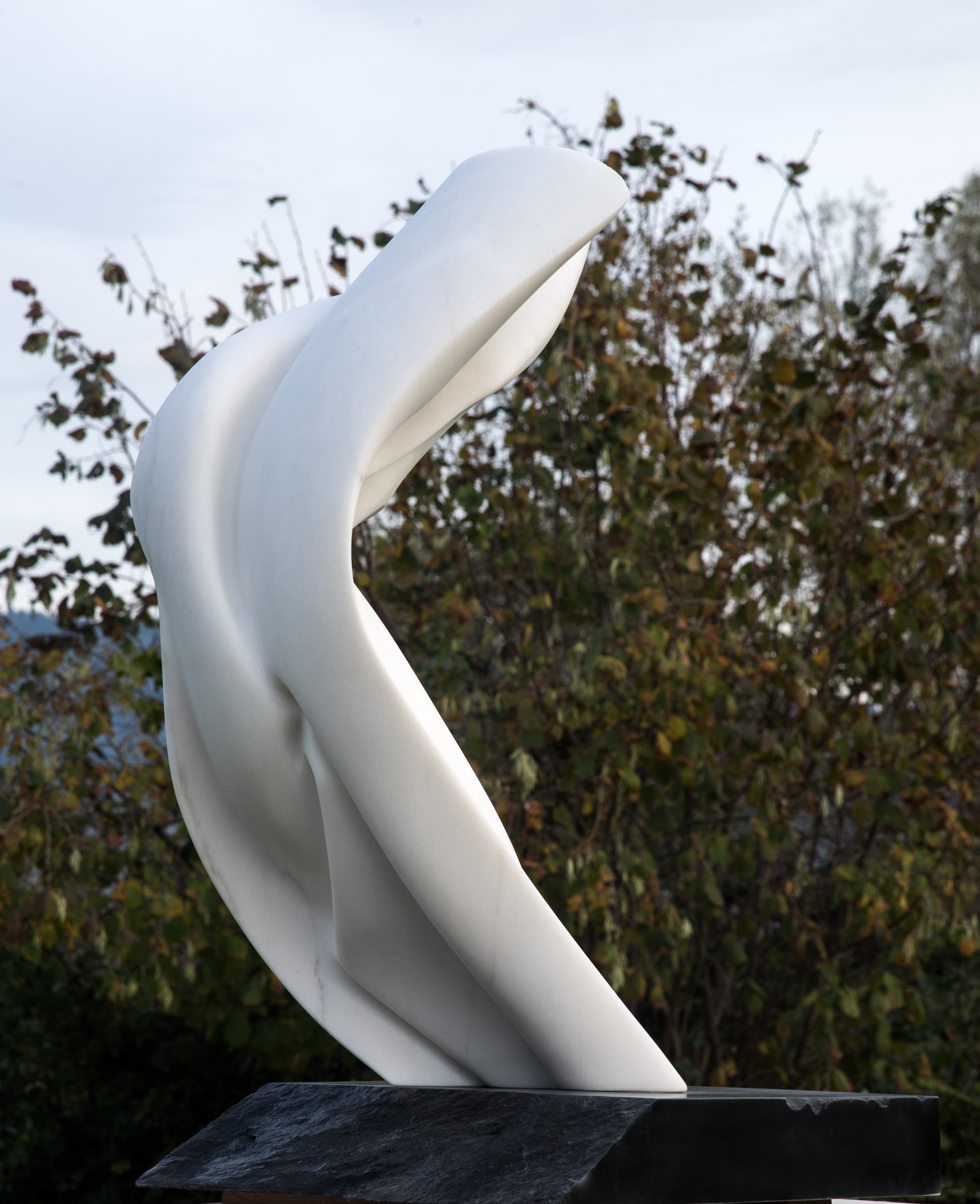 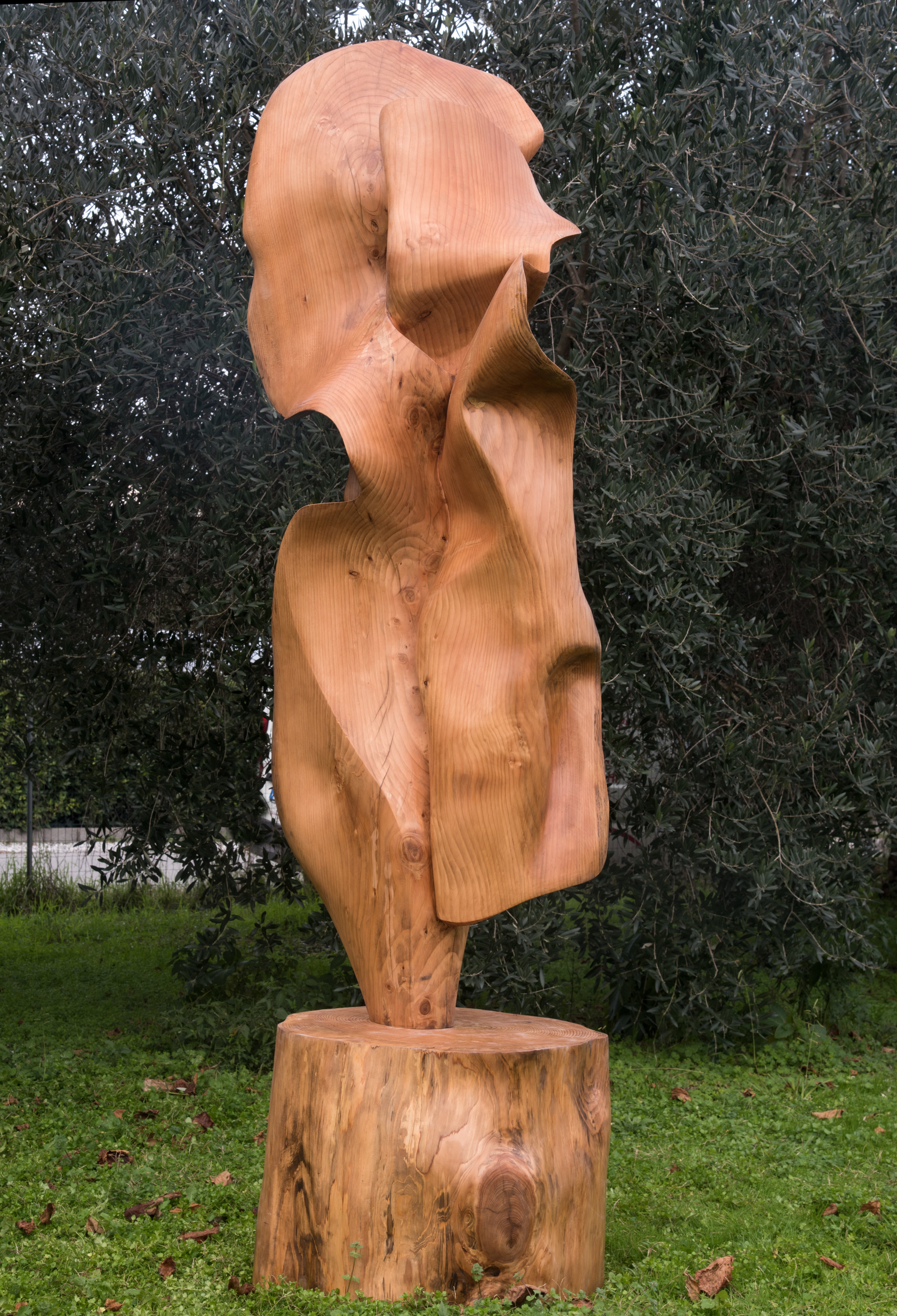 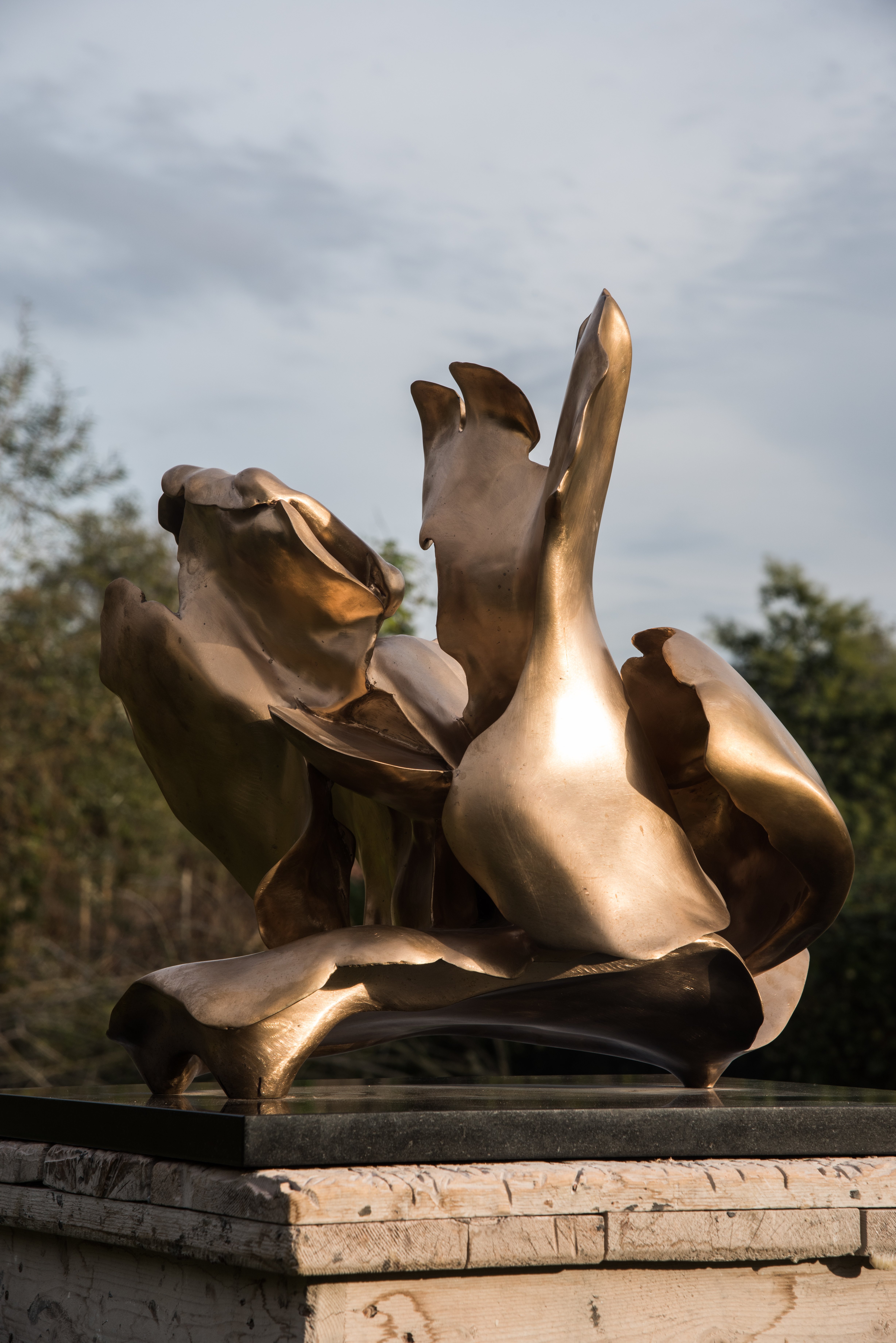 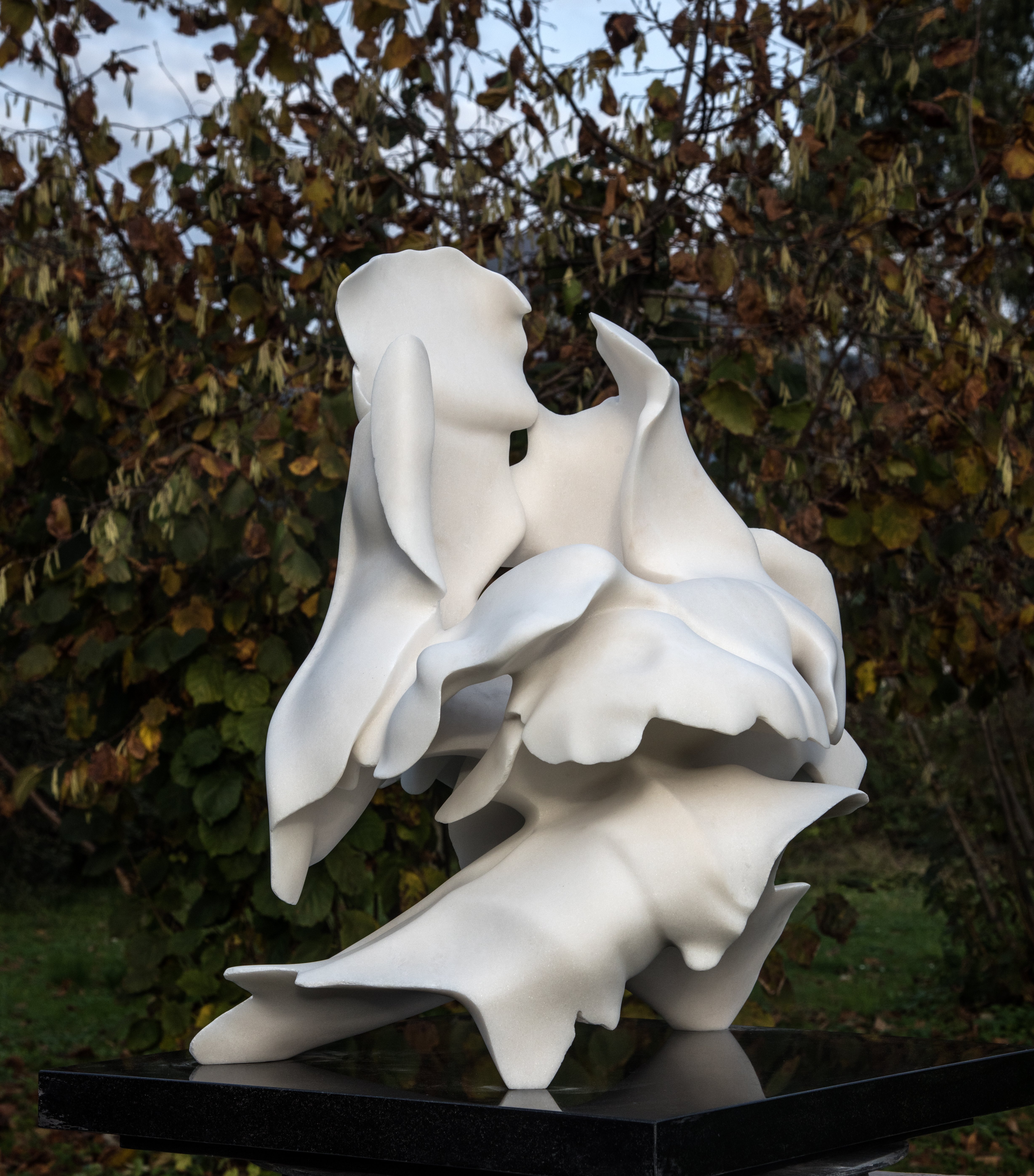 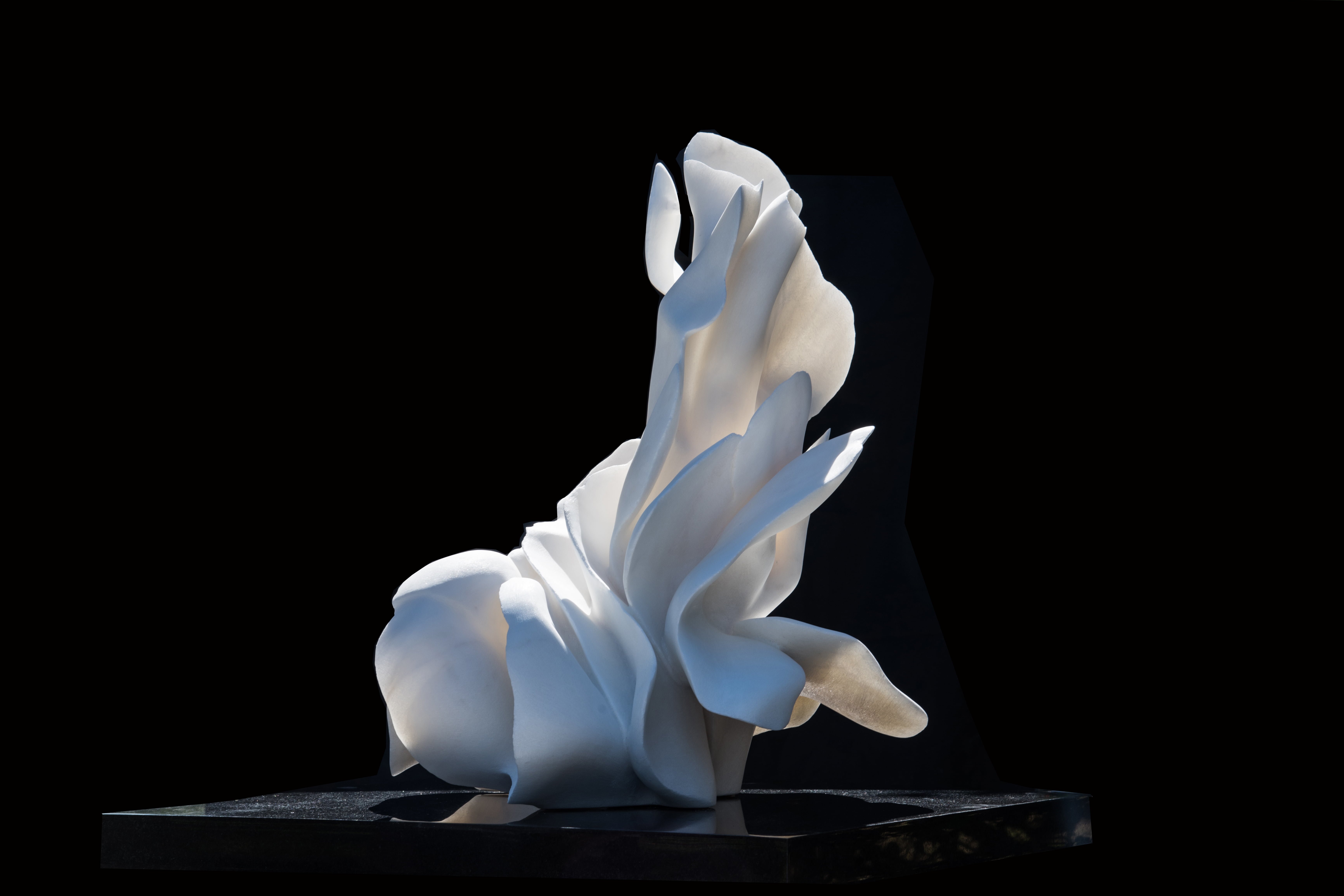