The monumental bronze sculpture, FLAME, by Helaine Blumenfeld OBE has become part of the International Sculpture Park, an impressive open-air sculpture museum throughout the city of Pietrasanta, famous since the time of Michelangelo as a mecca for sculptors.

FLAME was commissioned by the City of Pietrasanta in recognition of Blumenfeld’s strong attachment to the city, its artists and artisans, after having been the first woman to be awarded the pretigious international sculpture prize “Pietrasanta e la Versilia nel Mondo” in 2007. The four meter patinated bronze sculpture was installed in the centre of the city in via Oberdan and was unveiled in a gala ceremony Saturday 11 April 2015.

“The work bears witness to the international importance of Pietrasanta and the great affection that artists have for Pietrasanta,” says Pietrasanta mayor Domenico Lombardi, “and to the undisputed skill of our craftsmen.”

“In FLAME,” says Blumenfeld, “I wanted to simplify the human form to its absolute essence and to create a sense of the merging of psysical and spiritual presence. FLAME is about reaching upward, about aspiration, about the existence of a higher realm of being. I am very pleased to have FLAME appearing as one enters Pietrasanta.” She adds, “It seems not only a beacon welcoming one into the city, but more important, a symbol of the spirit that has energised Pietrasanta from its beginnings.” 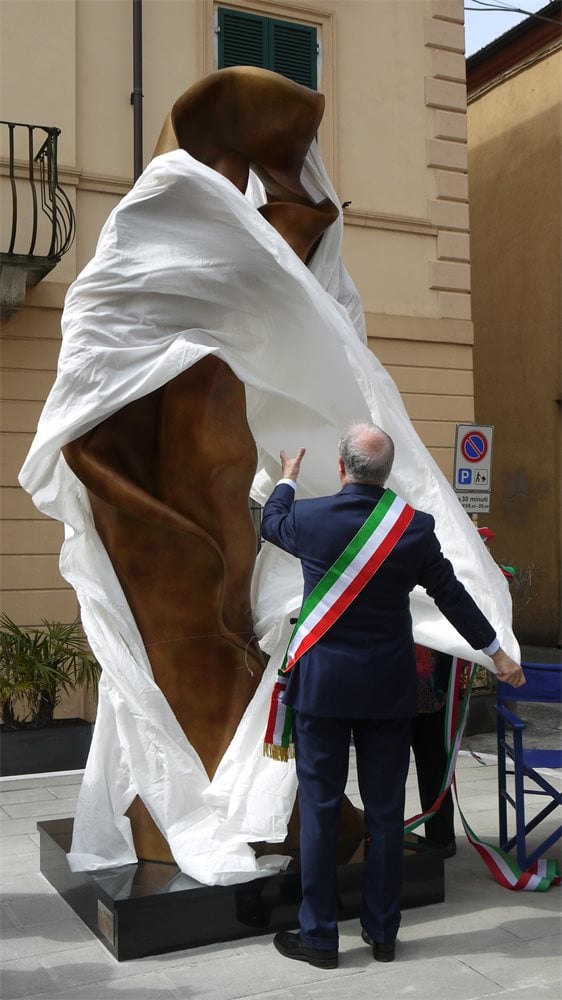 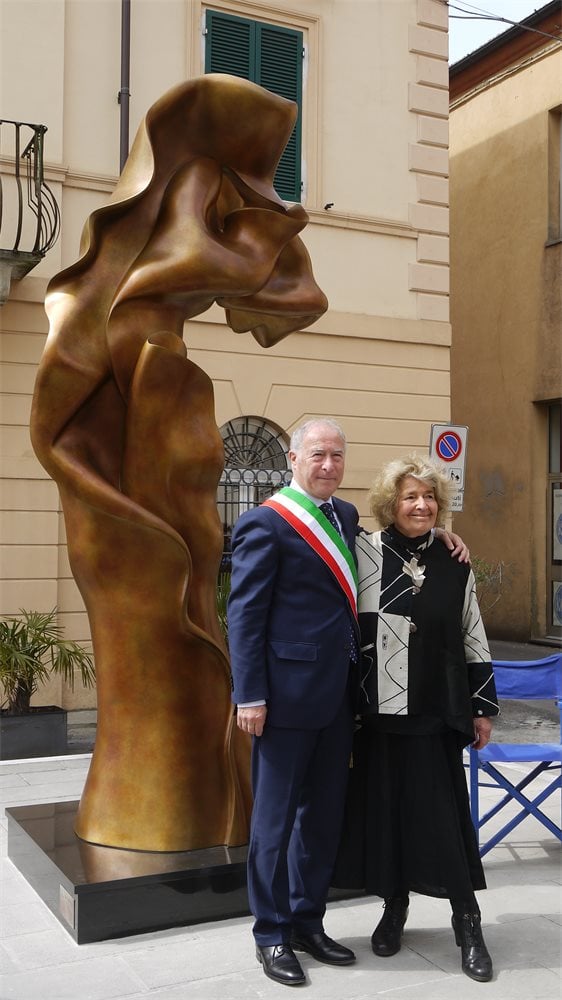 FLAME, Blumenfeld and Mayor Lombardi
Back to all news