To celebrate the work of female sculptors for the fifth year of the collaboration between the Royal Borough of Kensington and Chelsea and the Royal British Society of Sculptors, we are delighted to present Meridiana, a work by the renowned sculptor Helaine Blumenfeld OBE FRBS.

The inspiration for Meridiana came from spending the long late summer afternoons here seeing children wildly chasing their own shadows which grew longer and longer as the afternoon moved closer to dusk. It was the ephemeral, ungraspable beauty of passing time and changing light that the artist captures in Meridiana. Meaning ‘sundial’ in Italian, it is in the artist’s words, ‘a call to visitors to be present, to cast their own shadows on the world…to reflect and strive towards their aspirations.’.

Blumenfeld is an artist who has never ceased in her quest to invent new languages to ‘translate the subconscious realm of the soul’ silently, into material form. Drawn to become a sculptor by the striking simplicity and reductive forms of the ancient Cycladic sculptures of c.2,500 B.C. the beauty and pathos of classical Greek sculpture and the energy and spiritual force of the work of the Futurists, she is dedicated to expressing beauty and spirituality in her own unique way. She is a fearless advocate of working with her hands in clay, marble and bronze and of pushing material and form to its limit. Her work displays the constant struggle of the sculptor between the chaos of the creative force and the technical and gravitational demands of the sculptural form. She works without an armature, using touch, memory and imagination to flood her consciousness to create each new work.
Kindly supported by the Royal Borough of Kensington and Chelsea and the Royal British Society of Sculptors. 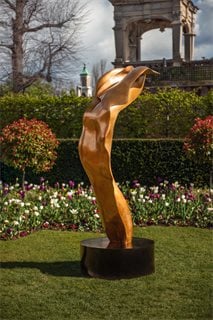 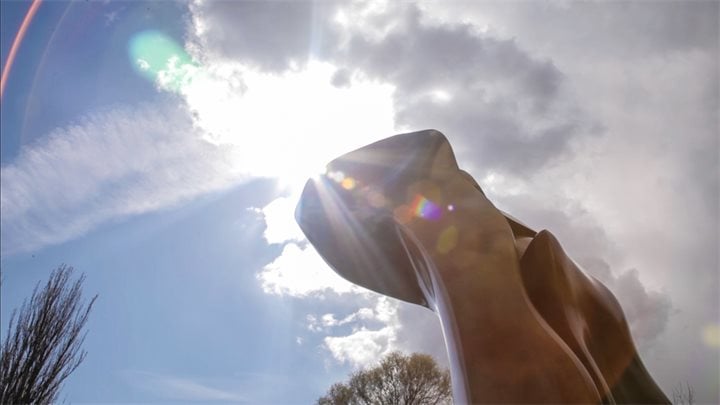 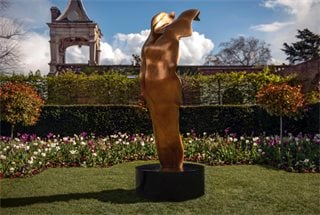 MERIDIANA in the Napoleon Garden 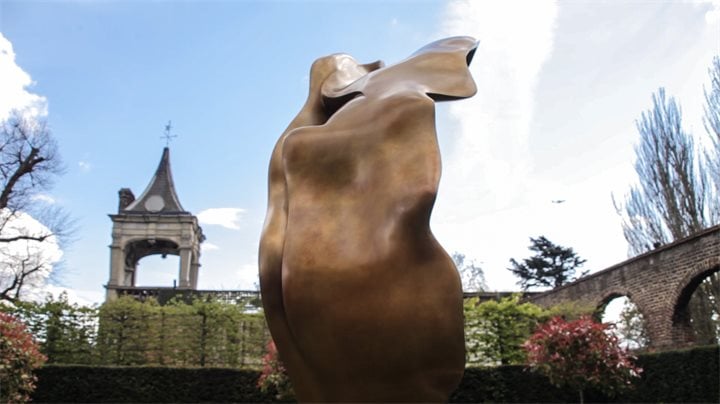 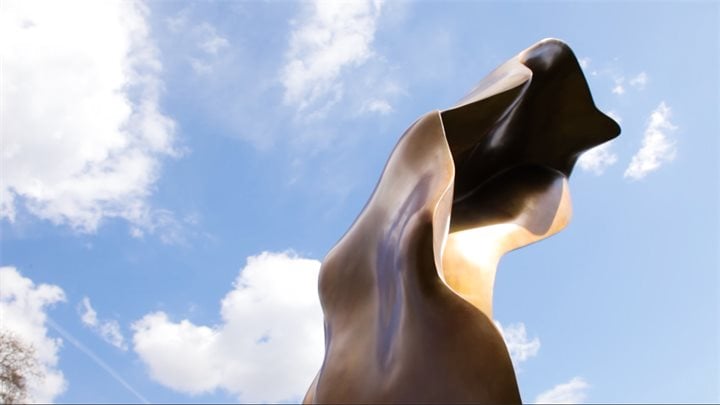 MERIDIANA detail
Back to all news